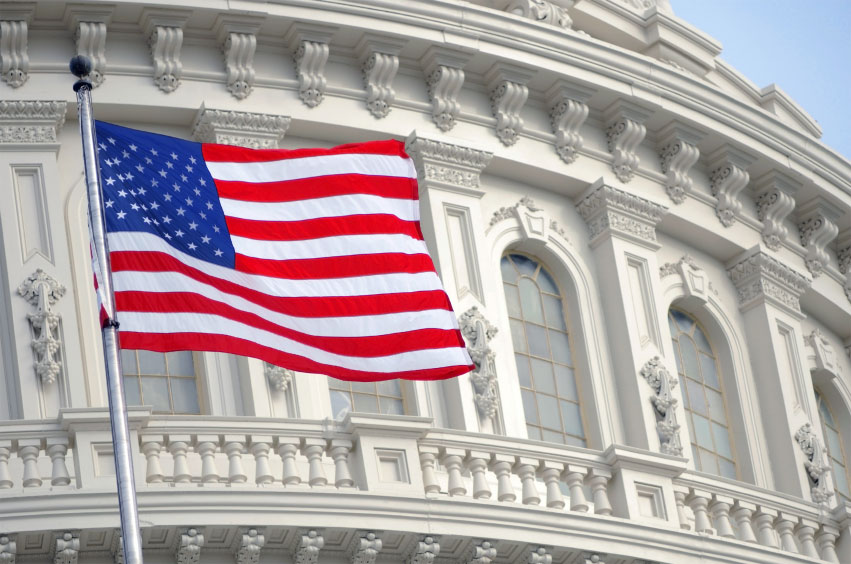 Statement of Communicating for America regarding proposed changes made public on June 10, 2016 to Short-Term, Limited-Duration Insurance …

Communicating for America, Inc., (CA) a 501 (c) 5 non-profit organization that has served its farm, ranch and self-employed business owners since 1972, has been a long time supporter of health care reform.

We were among the first organizations to support a path for individuals to be guaranteed health insurance coverage through state-based risk pools. For many years, we were considered the definitive authority on the operational aspects of the various programs to help individuals with health conditions obtain health insurance, and were the founding member of the National Association for State Comprehensive Health Insurance Plans (NASCHIP).

Some other facts about CA include:

According to a recent study by the Kaiser Family Foundation1 there are some 670 counties that might only have one insurance company option for the next open enrollment period. We are aware that when insurance companies have a virtual monopoly, the consumer loses. In many states it may be possible – although too early to definitely know – that there will be counties with no ACA insurance options.

In addition, we believe that while ACA plans have proven to be attractive to those below 350% of the federal poverty level, and individual health plans are often purchased outside of the state and federal marketplace by those above 450% of the federal poverty level, there is a donut hole for a sizeable number of Americans, many of whom live in rural communities and in states that have not expanded Medicaid or do not have other safety nets, particularly those who are part time, self-employed or seasonal workers.

Short-term medical plans can be an option for those individuals.

We know that people buy short-term medical plans for many reasons based on our long-term experience and the actual data from our members in the last twelve months.

1. The reasons include:
a. Alternative to COBRA
b. Waiting for a new job to begin
c. Temporary bridge to Medicare enrollment
d. Lapsing from parents’ insurance coverage
e. Temporary alternative for the spouse of an employee whose employer does not offer affordable coverage
f. Broader choice of providers, which is particularly impactful for those in rural settings who have difficulty with transportation
g. Regardless of HHS extensive efforts to encourage enrollment into the Marketplace, thousands of individuals do not enroll during the Open Enrollment Period by their own fault and subsequently realize they need coverage for up to 270 days
h. As an alternative health coverage for people in the U.S.A. on Visa programs, to meet requirements for insurance coverage by the U.S. State Department
i. Being part of the approximately 11 million undocumented workers in need of a source of coverage until states or federal regulations make coverage available to this population.
j. Other practical reasons for needing temporary coverage.
2. Based on reports we receive from insurance companies – who are required to share administrative expenses and other details in order to win our endorsement – the following facts are worth noting:
a. The average duration of a short-term medical plan is just under five months.
b. The average age of a CA member who buys a short-term medical plan is 41 years old.
c. There is a correlation between the likelihood to enroll in a short-term medical plan and the number of choices available on the state and federal marketplaces.
d. States that have not expanded Medicaid often have a larger percentage of people covered by short-term medical, but also often have a different demographic with income variables.
e. Members rarely “renew” a plan after the initial duration, although some sign up for up to 364 days (in the states that allow it), but keep the plans for a shorter period of time. (It is worth noting that from a technical stand point short-term medical plans cannot be “renewed” but individuals in some states are allowed to apply for coverage a second time for a limited duration.)
3. We know that some members who need coverage for a short period – and who would qualify for an ACA plan – buy the short-term medical plan because the enrollment process is much easier for the brief duration in which they do not have employer-based, or government-issued coverage.
4. We also have reports from members who tell us they buy short-term medical plans because such plans are usually free of provider network restrictions. (You would have to live in a rural community to know how absurd it is to buy a low-cost comprehensive plan that requires someone to drive two hours to find an in-network provider.) CA supports local providers and hospitals. It would be judgmental to suggest that the “best” caregivers are in some distant location.

We bring up these points to add color and clarity to the debate about the necessity of a short-term medical market, and whether there should be restrictions on the duration of such coverage.

It seems to us that if – as the CMS proposed rule guidance suggests – some marketing companies abuse the availability of short-term medical plans for their own means, or confuse consumers, then the logical response should be directed toward punishing the perpetrator. Clearly, there should be the strongest possible disclosure to consumers, and we support the sample language in the proposed rule.

CMS claims in its proposed rules that there has been a ‘surge’ in consumers buying short-term medical plans, but offers no empirical evidence to support its theory. Simply because one or two marketers publicly report an increase in sales does not mean the dynamics of the industry have significantly changes. Marketers who are selling less of a particular product rarely issue public reports.

The simple fact is many Americans – and a disproportionately large number are in rural counties – buy short-term medical plans because it makes sense to them, for a period of time, for their unique situation. They are able to do the math for themselves, knowing that the high cost of health insurance is often the largest burden to their monthly budget.

To restrict the time period to 90 days simply limits the available options for consumers. It is a known fact that taking away health coverage will result in harm and disruption to consumers. It is an unknown hypothesis that limiting the duration of coverage, and over-riding state law, will result in an improved risk pool for ACA plans. The more likely scenario is that nearly all of those with short-term coverage eventually find their way back into coverage through the group or individual marketplace. The exception would be undocumented workers who would be left to fend for themselves.

It seems to be a highly dubious theory that making changes to the short-term medical market (estimated at about $200 million in annual premium in a 2015 report by the National Association of Insurance Commissioners) will have a material, or even a negligible, impact on the $57 billion individual health market, the size of which is also based on the same study by the NAIC.2 Thus far, no empirical evidence has been made public that demonstrates that the very tiny short-term medical has hurt ACA, or caused its premiums to be unaffordable.

Therefore, on behalf of nearly 100,000 CA members – most of whom live in and work in rural communities where income is lower, insurance coverage is more expensive, and health care options are limited – we request the following changes to the proposed rule:

1. Extend the comment period by an additional 60 days, during which time there should be an independent, comprehensive analysis of the size, scope, duration and market changes to the short-term medical market that have taken place since the ACA was implemented. Let evidence, not conjecture, guide any necessary change for the public good.
2. Allow the duration of a short-term medical plan to be at least 270 days of coverage. This would provide a safety net for those who don’t buy during the Open Enrollment Period to have some level of medical coverage.
3. Change the ‘re-apply’ rule to allow for up to 90 additional days based on special circumstances, the definition of which could be based on the requirements for the Special Enrollment Period, as recently modified by CMS.
4. Allow short-term medical plans to be considered qualified health coverage in designated counties in which there are only one ACA insurer, or, alternatively, in designated counties in which the average cost of an ACA qualified plan in a rural county is 20% or more expensive than the state average for such plans.
5. If as a result of the proposed rules, changes to the law will take place, implement those changes no sooner than 60 days after the end of the upcoming Open Enrollment Period, thus starting no sooner than April 2, 2017, for plans with an effective date of April 1, 2017.

CA believes that all Americans should have access to affordable, quality coverage that meets their needs. We leave it to others to determine – at this time – whether a federal agency, CMS, has the authority to modify an insurance market that has a long history, and has been governed by state law and state regulatory agencies. We believe that “facts are stubborn things” and that action based on facts, and not speculation, is a hallmark of all that is good about America’s legislative and regulatory processes. There is a dearth of facts, and a wealth of rumor and speculation about the short-term medical market. Decisions should be based on facts and data.

There is much good in the ACA, but also much that can be done to improve it so that there is more affordability, and greater consumer choice, with improved ease of enrollment. CA believes that is where CMS should focus its attention. In closing, remember these two maxims: First, do no harm. And second, do not find fault, but find remedy.

Communicating for America, Inc., (CA) a 501 (c) 5 non-profit organization that has served its farm, ranch and self-employed business owners since 1972, has been a long time supporter of health care reform.