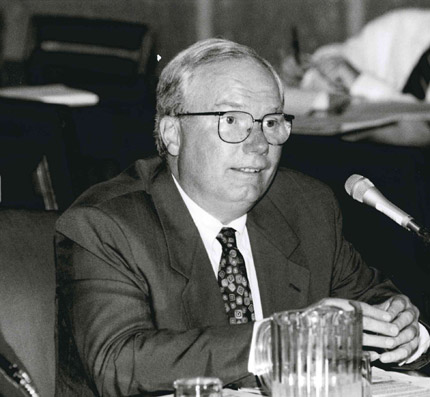 At the annual membership meeting, outgoing President Wayne Nelson was recognized for his outstanding service in the area of national legislative work and leadership in all areas of CA.

Nelson met CA founder Milt Smedsrud during the late 1970s while Wayne was president of the National Wheat Growers Association and both were testifying in Washington, DC. Nelson was named to the CA Board of Directors in 1985 and took over as president in 1992. He has been actively involved in numerous state and national legislative issues that impact the self-employed and small businesses.